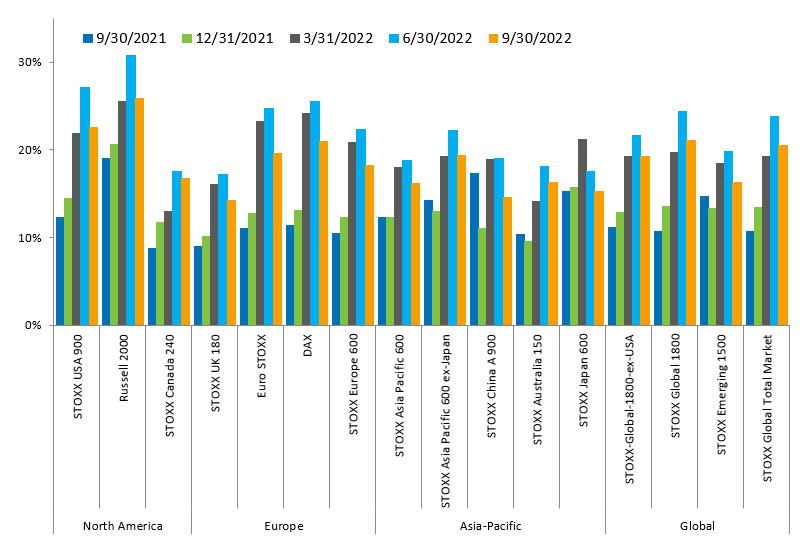 *when denominated in GBP

Source: Qontigo. Risk figures are based on the Axioma Market Portfolio US-LMS, which represents the broad US investment universe 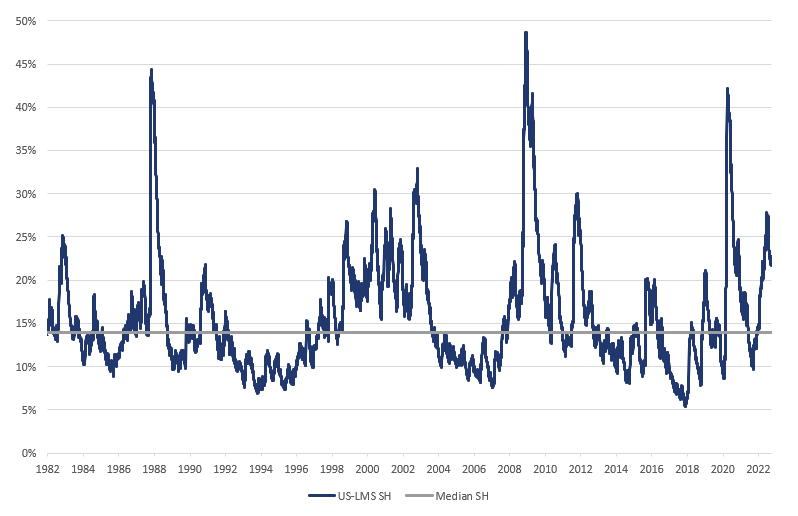 Why Has Volatility Fallen? We See Several Reasons (At Least)

It is not just benchmark risk that fell

Volatilities of many currencies rose from Q2, but currency risk rose mainly in DM 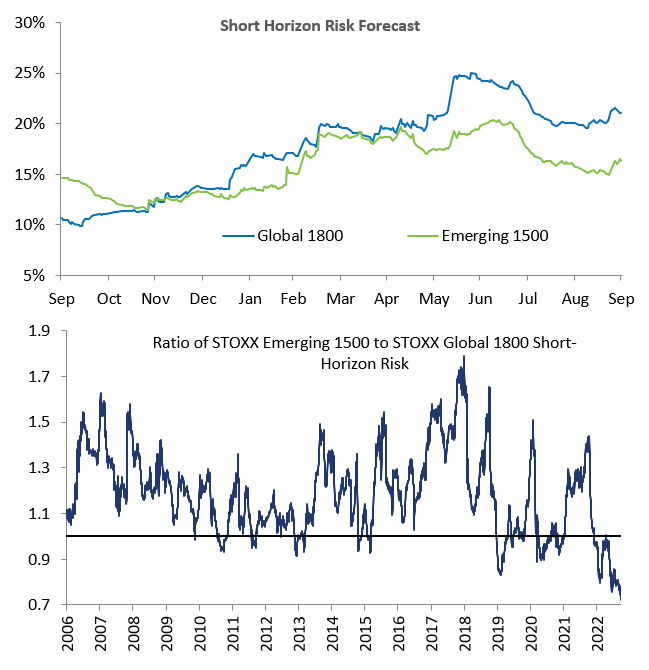 Macro factor influence was substantial in Q3, more as the market went up 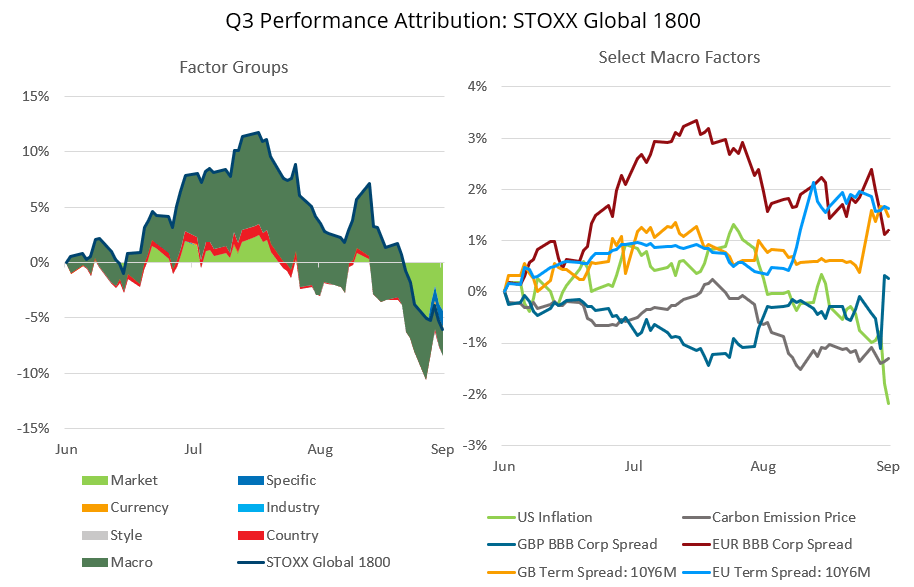 Factor returns were relatively subdued in Q3, although many were in opposite directions from expectations, including Value, Earnings Yield and Profitability

Note: an “*” indicates that the return was two standard deviations or more away from the long-term average, with the standard deviation defined as the risk forecast at the beginning of the period. The highest and lowest regional return for each model is highlighted.

A Closer Look at US Style Returns: 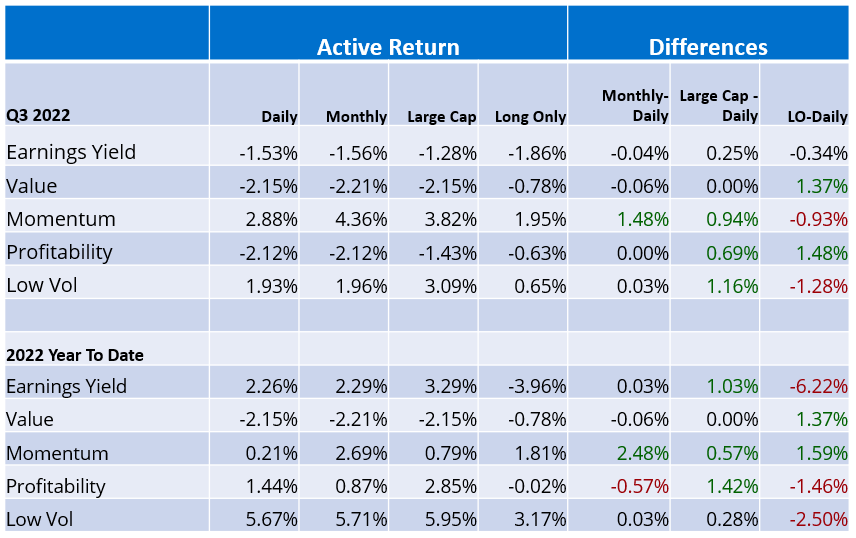 Source: Qontigo
Notes: Returns are scaled to a factor exposure of 1 for comparability. Differences over 1% for the quarter and 2% YTD are highlighted