…Prominence of pandemic profiteers drove the US market in 2H… 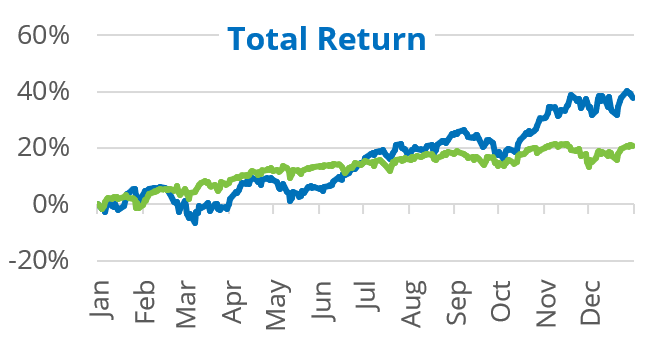 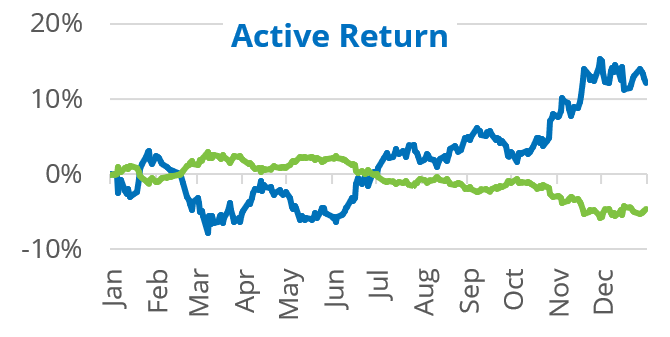 Source: Qontigo
*20 names whose stocks seemed to benefit the most from the COVID resurgence

A closer look at US Style returns

Notes: Returns are scaled to a factor exposure of 1 for comparability. Differences over 1% for the quarter and 2% YTD are highlighted

For more information, view the recording of our Qontigo Insight™ Quarterly Risk Review – Q4 2021 webinar or download the presentation slides.

For questions or comments about this data, please contact the Qontigo Applied Research team.