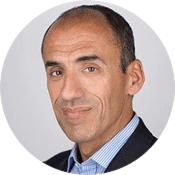 Sebastian Ceria is Chief Executive Officer of Qontigo. He previously served as the CEO of Axioma, which he founded and led since 1998. Before that, Sebastian was an Associate Professor of Decision, Risk and Operations at Columbia Business School. He has worked extensively in robust optimization and its application to portfolio management, authoring many articles in industry and academic publications. He is a recipient of the Career Award for Operations Research from the National Science Foundation. Sebastian holds a PhD in Operations Research from Carnegie Mellon University’s Tepper School of Business, and a degree in Applied Math from the University of Buenos Aires, Argentina. 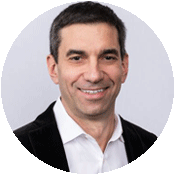 As Qontigo’s Chief Technology Officer, Nico Kicillof heads the Engineering Division that handles software development, analytics, and information technology. In this role, Nico focuses on ensuring delivery, consistency, and scalability across all technology and design efforts. Nico was previously Head of Software Development Lifecycle at Two Sigma, the technology-driven institutional investor, since 2015. Before that, he was with Microsoft Corporation for nearly eight years, where he held a number of engineering positions, most recently Principal Program Manager Lead, Operating Systems Group. For six years before that, he was a professor of computer science at the University of Buenos Aires, where he also served as Deputy to the Computer Science Department Chair, and entrepreneur. He holds an MS in computer science and an undergraduate degree from the University of Buenos Aires. He also studied at ESLAI (Escuela Superior Latino-Americana de Informática). 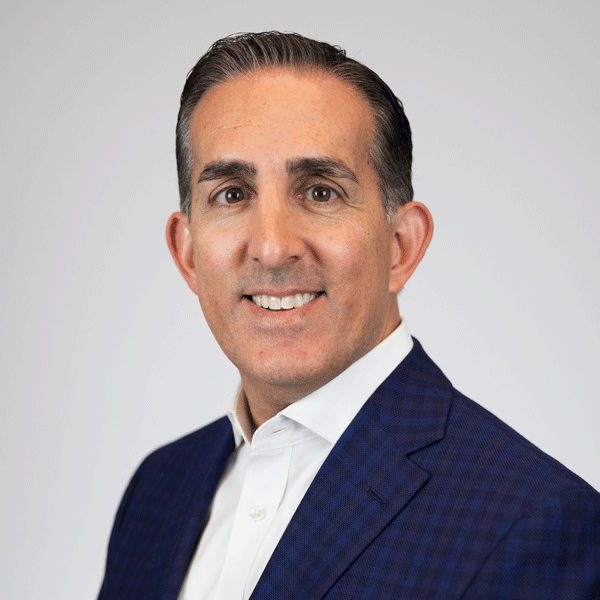 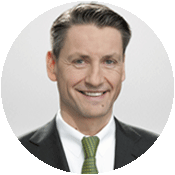 Dr. Holger Wohlenberg is Chief Business Officer of Qontigo since September 2019. He joined from Deutsche Börse Group, the major shareholder of the company. Holger became part of Deutsche Börse Group in 2004 as a Managing Director where he built out the Group’s Market Data and Index businesses. Prior to Deutsche Börse Group, Holger led the Technology Investment Banking function at Deutsche Bank. He began his career at McKinsey & Company where he was focused on advising technology, network and media clients. He was elected Partner in 1997. Dr. Wohlenberg received a PhD degree in Business Administration (Dr. oec. publ,) with a major in Information and Communication Economics, from the University of Munich. 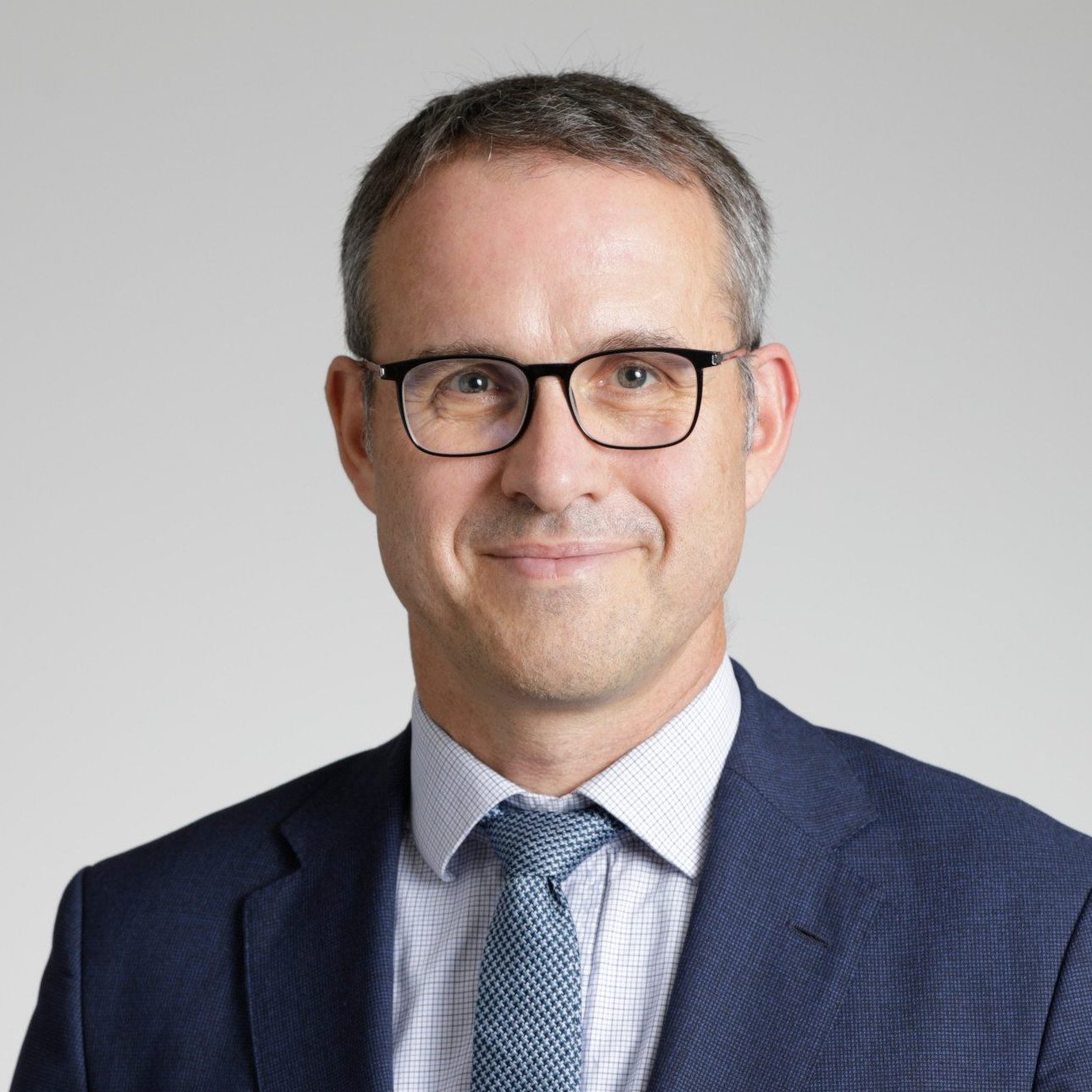 Rodolphe Bocquet leads Qontigo’s expansion of indexing and analytics in the ESG space. A pioneer and innovator in ESG investing, Bocquet most recently served as an independent sustainability consultant working with a range of clients, including the World Bank and the Inter-American Development Bank. In 2014, he co-founded and served as Chief Executive Officer of Beyond Ratings, a startup created to better integrate long-term sustainability drivers and their impact on investments. Beyond Ratings was acquired by the London Stock Exchange Group in May 2019. Bocquet began his career in trading and risk management at Société Générale, but shifted his focus in 2001 to energy, climate and sustainability, holding positions with Carbone 4, AFTER, Agence Française de Développement, Conseil Régional d’Aquitaine, ADEME (Environment and Energy Management Agency), Eco-Carbone and other organizations. Bocquet earned an MBA from HEC Paris, which included studies at the Stern Business School of New York University. He also holds a master’s degree in Environmental Engineering from Mines ParisTech ISIGE. 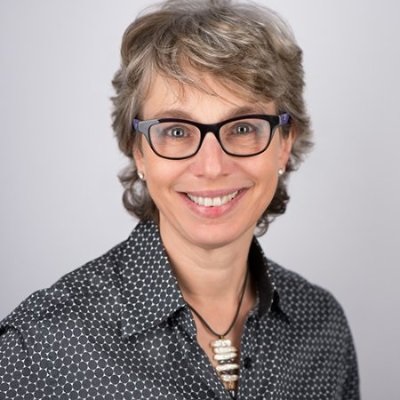 Melissa’s perspectives help both clients and prospects to better understand and adapt to the constantly changing risk environment. As an author of Axioma Insight: Quarterly Risk Review, Melissa reports on the state of risk in publicly traded equity markets around the globe. In addition, she produces periodic special reports on a broad range of topics of interest to investors and asset owners, is a frequent speaker on the subject of market risk and is often quoted by the financial media. Prior to joining Axioma in 2011, Brown was Managing Director and head of the institutional business at Wintrust Capital Management. Before that she spent 10 years at Goldman Sachs Asset Management, most recently as a Partner in the Quantitative Investment Strategies (QIS) Group. At Goldman Sachs Asset Management, Brown worked closely with clients as the senior portfolio manager for GSAM’s US Equity Strategy, before becoming co-head of Client Portfolio Management in the QIS Group. She was previously Director of Quantitative Research at Prudential Securities, where among other things she popularized the idea of the “cockroach theory” of earnings surprise and appeared on Institutional Investor’s “All-Star” list for 10 straight years. Brown is a Chartered Financial Analyst. She holds a BS in economics from The Wharton School of the University of Pennsylvania and an MBA in finance from New York University. 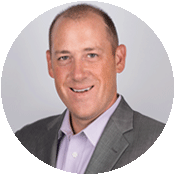 Chris is responsible for leading the Customer Experience team at Axioma (now part of Qontigo). Chris’ team is organized to enhancements to existing products to help solve many challenges for the company’s growing client base. 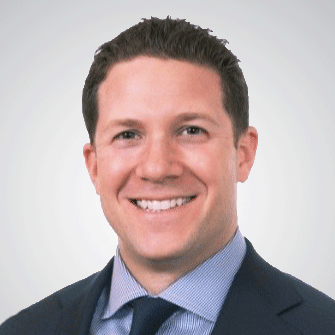 As Global Head of Sales, Marc Dorfman is responsible for overseeing worldwide sales at Qontigo. Previously, Dorfman was Managing Director – Head of Americas Sales, Information Services at FTSE Russell, where he led a team responsible for index sales, analytics and data solutions for the Americas. Before that, he served as FTSE Russell’s Managing Director – Head of Americas Index Sales since 2018, and Head of US & Latin America Index Sales since 2015. Prior to FTSE Russell, Dorfman served as Executive Director at MSCI, as Head of Equity Index Sales – Mid Atlantic, Southeast and Canada since 2010. Dorfman also served as Director of Sales at RiskMetrics and as an Account Executive at Institutional Shareholder Services (ISS), which MSCI acquired in 2006. Dorfman earned a Masters of Business Administration from the Robert H. Smith School of Business at the University of Maryland and a degree in Communications from The Pennsylvania State University.

Stephan Flägel is Global Head of Indices & Benchmarks at Qontigo, with responsibility for the STOXX portfolio. Most recently, Stephan was Global Head of Indices & Benchmarks at Refinitiv (the former Finance & Risk business of Thomson Reuters) and CEO of Refinitiv Benchmark Services (UK) Ltd. Prior to joining Refinitiv in 2013, Stephan was Managing Director at IHS Markit where he managed the global index business. Other roles he had were for the investment banking division of Barclays Bank as head of Strategic Planning and as global COO of Research; preceded by 18 months as a strategy consultant for the financial services practice at Cap Gemini. He started his career at Dresdner Bank, now Commerzbank, where he held various positions in Germany and Chile in international trade finance and private banking. Stephan holds an MBA from London Business School and a bachelor’s degree in Economics from George Mason University in Virginia, USA. 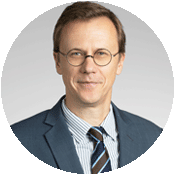 Michael Hyzik leads the Governance, Risk and Compliance team at Qontigo. Michael was previously CFO, as well as Head of Legal and Regulations at STOXX. Prior to that, he was Legal Advisor to the University Hospital Zurich. Michael earned his Doctorate in Law, as well as his CAS Financial Regulation from the University of Zurich. 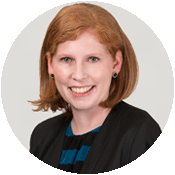 Molly McGregor leads Marketing and Communications at Qontigo. She is responsible for the firm’s global brand identity and market positioning, corporate communications, media and advertising presence, and conference/event execution. Molly has extensive experience in the fintech space, including most recently serving as Chief Marketing Officer for Hanweck, a provider of real-time risk analytics for the global derivatives markets. Prior to joining Hanweck, Molly was Senior Vice President of Communications, Marketing and Government Relations with the International Securities Exchange, the first all-electronic options market in the U.S. She has also served as a Policy Advisor on global regulatory issues for the Institute of International Finance, a Washington, D.C.-based trade association for global financial services firms, and began her career on the mergers and acquisitions teams of Credit Suisse First Boston and Donaldson, Lufkin & Jenrette. Molly is a graduate of the London School of Economics with a master’s degree in International Political Economy, and of Washington and Lee University, with a bachelor’s degree in Politics and Economics. 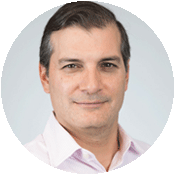 Mark McQueeney is Chief Product Officer, Analytics at Qontigo. In this role, he oversees Qontigo’s Analytics Product Group. McQueeney leads the development and management of the analytics product roadmap with a focus on diversification across asset classes and continued growth of Qontigo’s recently launched Fixed Income Suite. McQueeney’s previous role was at Bloomberg where he served as joint Head of PORT. Prior to joining Bloomberg in 2016, McQueeney held several leadership roles at Barclays/Lehman Brothers, including acting as Global Head of Product Management for POINT. He started his career at Prudential Securities. McQueeney holds a bachelor’s degree in Engineering Physics from the University of California, Berkeley. He is also a CFA Charterholder. 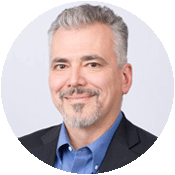 Jay Panzarella is the General Counsel at Qontigo. He joined the company in 2015 and is overseeing all legal and compliance-related initiatives. Jay was previously an of counsel at Blank Rome LLP and served as General Counsel at the Carnegie Innovations. Jay earned his JD from the University of Pittsburgh School of Law and his BA (Economics and Political Science) from the Muskingum University. 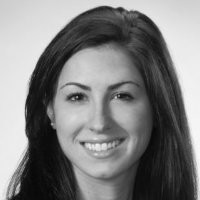 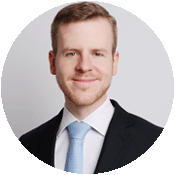 Joachim Weber leads the Finance and Tax teams at Qontigo since September 2019. He joined from Deutsche Börse Group where he headed Business Strategy + Intelligence for the Market Data + Services segment. Prior to joining Deutsche Börse Group in 2016, he was an Engagement Manager at McKinsey & Company, advising financial services clients. Joachim received a PhD degree in Behavioral Finance (Dr. rer. pol.) from Johann Wolfgang Goethe-Universität Frankfurt am Main and a diploma in business administration from the University of Mannheim.

Sign up to receive Qontigo’s news, research, and event invitations directly to your inbox.

Connect with us on social media for the latest news and exciting announcements.