Summary: Bullish sentiment continued to rise last week except in Europe and China, although Europe remains firmly in bullish territory (China never quite got there).  With positive confirmation bias this strong, investors continue to think of negative economic news as, well, something else.  It’s a bit like smiling as you go over the limit on your credit card because you’re thinking about the miles. Sentiment has raced well ahead of mostly flat markets since about mid-April but that momentum peaked on May 8 and started to weaken recently with daily ROOF Scores showing a decline of risk tolerance and a rise in risk aversion since May 12. Positive confirmation bias is just that, a bias, it requires positive news to turn it into (buying) action, and so far, the news has been ‘as bad as expected’, but not worse. The nascent drop in risk appetite may indicate that investors are migrating from the V-shape scenario they hoped for, to the U-shape one the data seems to describe.

Sentiment in the US continues to be positive in the face of mostly ‘as expected’ negative economic data, but risk appetite, after rising well ahead of markets, has begun to weaken recently for both variants of our ROOF Ratio. Perhaps investors there are beginning to realize that because negative news was ‘expected’, does not make it ‘good’ news after all.  The lack of good news did not trigger this strongly positive confirmation bias into further buying after mid-April.  Markets remained mostly flat since then as investors awaited confirmation that the V-shape recovery scenario was indeed the right one to have bet on. Despite political assurances that it was, the (data) jury is still out on this one, and the divergence between markets and sentiment is starting to weight on some investors who feel the music may be about to stop. 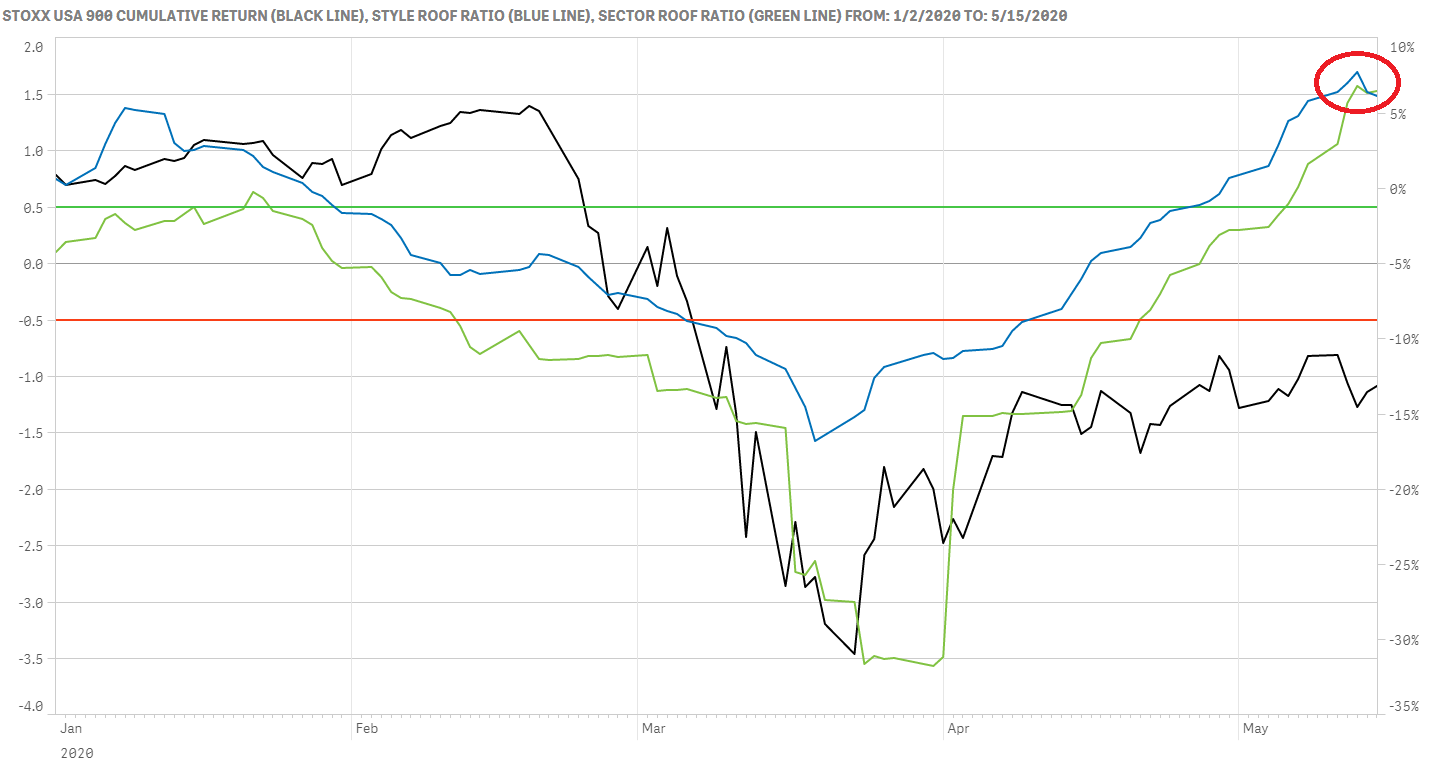 After racing well ahead of markets, to new highs not seen since Q1 2019, investor sentiment in developed Europe headed down last week for the first time since late January.  European investors had been the most bullish during the market rebound, but sentiment momentum slowed since late April and rapidly weaken last week as the divergence between sentiment and markets became untenable.  Positive confirmation bias, not having been triggered by corresponding positive news, started to feel more like faith and less like a forecast. Although there remains plenty of room before sentiment turns negative, European investors are feeling decidedly less sure about the V-shape scenario then they were a week ago. 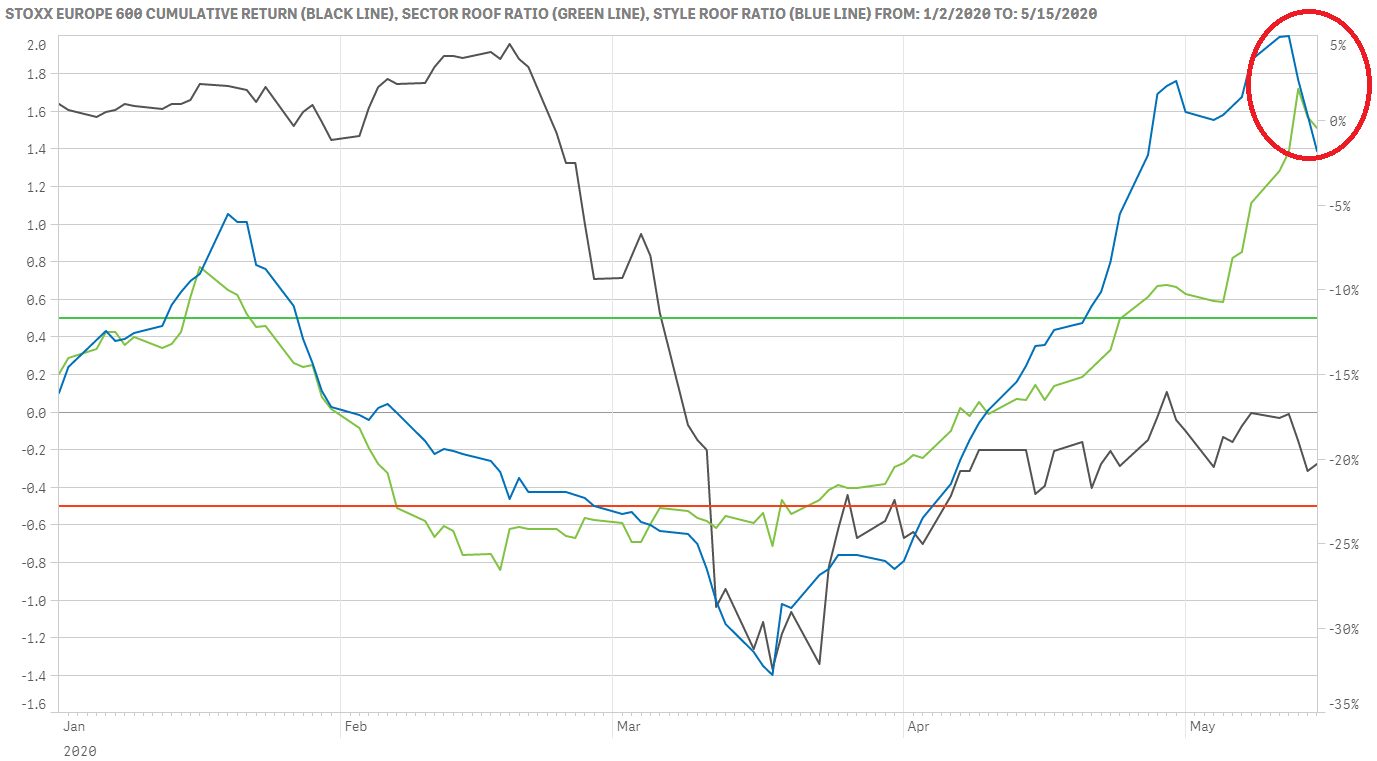 As their US and Developed Europe counterparts, global developed and Asia ex-Japan investor sentiment ended the week higher than the previous week but weakened intra-week.  Interestingly for global investors, the sector-variant of our ROOF Ratio ended the week below the previous week’s level. Also note that it never rose as high as the style-variant of our ROOF Ratio for that market. This may be a sign that after a month of divergence between market return and sentiment, the latter is about to turn south. 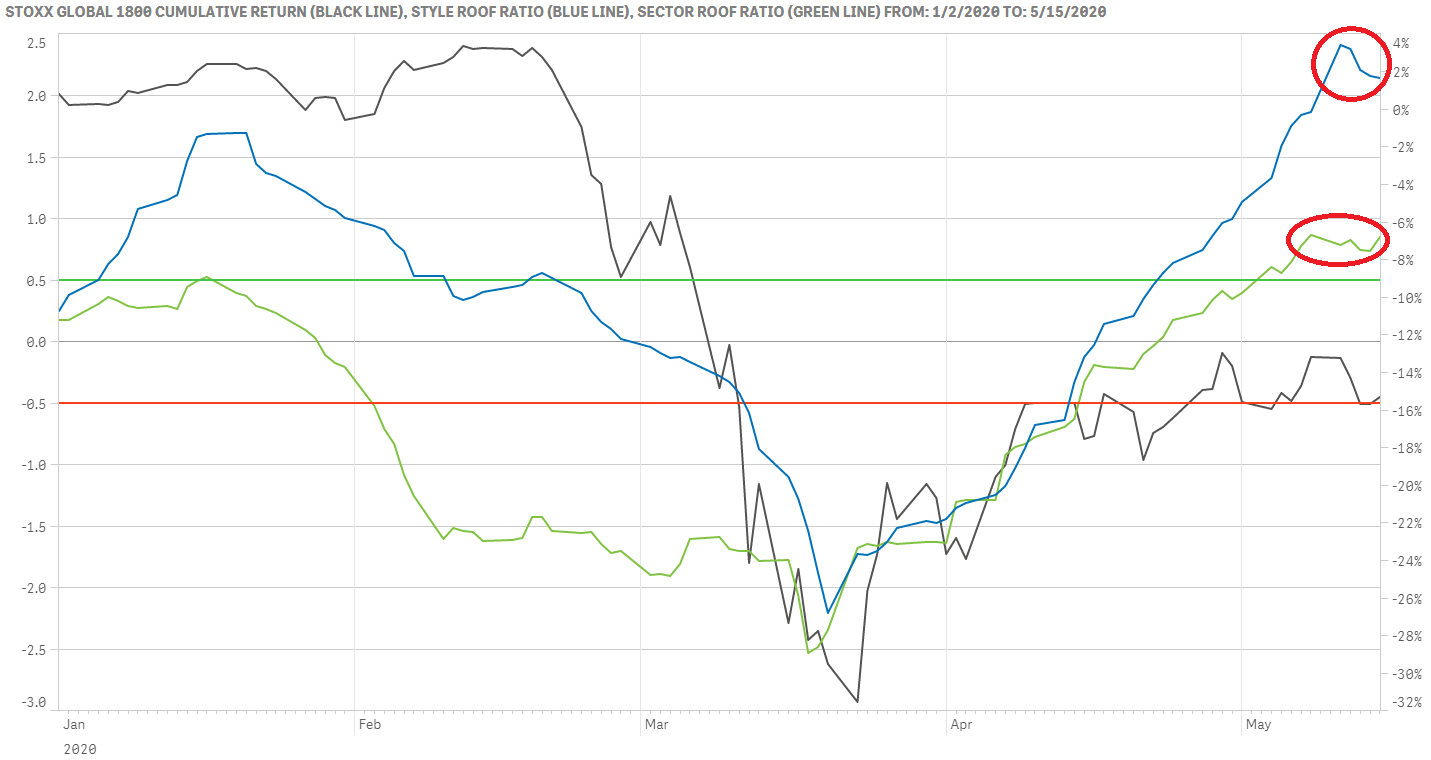 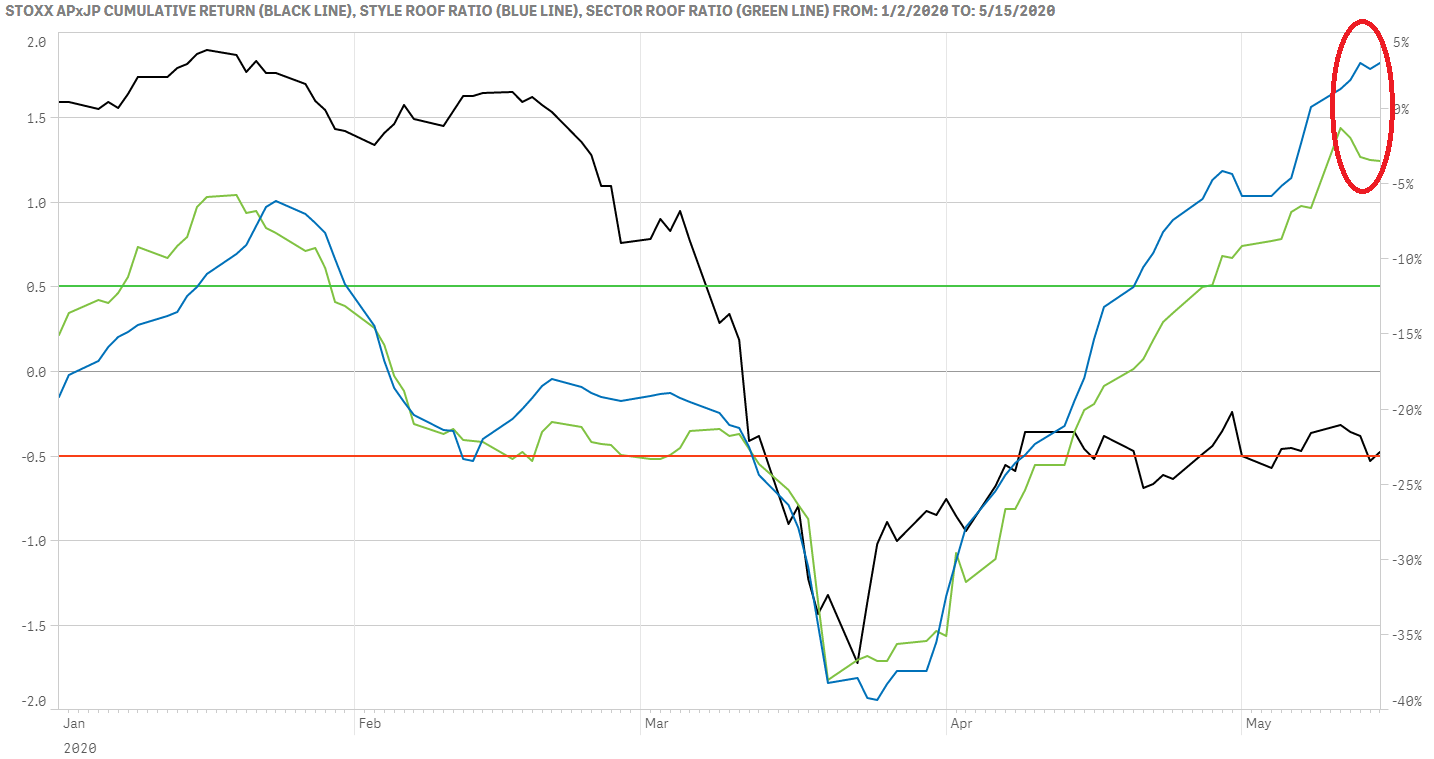